The success of Dynamo, which attracts nearly 6,000 riders every week, is based on an innovative concept: a full workout that connects body and mind in rhythm with the music, delivered in a high-energy environment. Dark candlelit studios provide an immersive experience. Riders are able to switch off from the outside world and feed on the power of community and the enthusiasm and charisma of the coaches, who have backgrounds in dance, yoga or competitive sport. Indoor cycling originated in the United States 12 years ago. The success of the concept, powered by major US brands SoulCycle and Flywheel, confirms the strong growth potential for this innovative and original player on the European wellness market. The market is estimated at more than €26 billion and is constantly growing. This brilliant concept comes from New York, the great testing ground for new ideas that go on to be developed elsewhere. Dynamo is an intense, liberating 45-minute group spin session led by inspiring coaches in welcoming studios with a unique design. Riders are immersed in darkness and the music sets the pace for the class. Each coach has his or her own unique style and playlist. There are no contracts: classes are purchased and booked on Dynamo.

Operational investment fund dedicated to premium brands. This fund was set up in January 2016 by Frédéric Biousse, Elie Kouby and Emmanuel Pradère, three former directors of the SMCP group (Sandro, Maje and Claudie Pierlot). Over the past three years it has acquired stakes in 12 brands whose names are familiar to the general public: Balibaris, Le Slip Français, Sessùn, Sœur, Jimmy Fairly, Maison Standards, Figaret, BAM Karaoké Box and NV Gallery. The common denominator of all of them is affordable luxury. Experienced Capital’s success in attracting these brands is partly due to a particular support offering, namely eight operational experts employed by the fund who work day-to-day with each of the portfolio companies to help structure and develop the brands. Each expert specialises in a particular area, from retail development to the sales team, including legal and financial aspects. 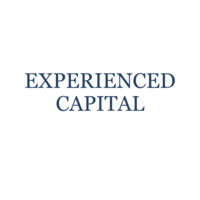 Three years after raising €2m with Otium Capital, which has since become Eutopia, the five-studio indoor cycling specialist has set its sights on Europe and is looking to open more outlets. With this in mind, it has decided to extend its financing round by bringing in Experienced Capital.

The company was formed in 2015 under the name Let’s Ride by Nicolas Chabrier and Jonathan Garret. In 2016, the two directors decided to add to their two studios by acquiring the two outlets of their competitor Dynamo with the help of Eutopia, a spin-off of the family office of Smartbox founder Pierre-Edouard Sterin. They changed the name of the company to Dynamo, a name that enjoyed strong brand recognition.

Now with five studios across Paris, Dynamo provides one-hour indoor cycling sessions in the dark to music in the presence of a coach. The focus is on getting participants to release the pressures of their day and enjoy themselves. Upper body work-outs are also provided.

Dynamo is the epitome of a digital brand, building up recognition through an extensive social media presence, boosted by a community of influencers and ambassador coaches and helped by a high net promoter score.

It is a far cry from the low-cost fitness studios that have disrupted the fitness market in recent years, positioning itself as a premium brand with prices ranging between 20 and 27 euros a session.

Buoyed by demand for premium concepts, Dynamo wants to open 40 studios in Europe within the next five years and extend its range to boxing, yoga, Pilates and other specialised fitness activities.

Pax Corporate Finance was called on at the end of 2018 to find an investor with the capacity to help Dynamo achieve its development goals. French and European investors were quick to show an interest in the concept of specialised premium studios that can be applied to other disciplines. Experienced Capital was able to show Dynamo’s management that it embraced the company’s ambitions. Its accomplishments in brand and network development were also very convincing arguments.