The FITLANE FITNESS CENTERS Group, operator of 7 fitness rooms on the Côte d'Azur, welcomes NAXICAP Partners to its capital in order to accelerate its development in the PACA region. 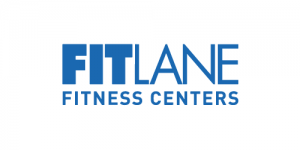 Created in 2004 and directed by Hans Peter FRANKLIN, FITLANE is the undisputed leader of fitness on the French Riviera. With a successful past experience in this sector of activity in Asia, Mr FRANKLIN was able to impose his fitness concept by opening 7 large rooms in less than 10 years becoming the 3rd integrated group of fitness rooms operation in France.
Behind its European counterparts, the French fitness market has shown strong growth for several years, driven by societal movements of funds driven by health and well-being.

Offering a complete range of sports activities (weight training, cardio training, group classes, coaching, squash, sauna, etc.) on a total surface area of over 10,000 m² of facilities, FITLANE fitness rooms welcome several thousand customers every day wishing to engage in a healthy and enjoyable sporting activity.
With more than 9 M€ of turnover in 2012, FITLANE intends to expand further in the PACA region to reach a dozen theatres operated by 2017 and thus double the number of customers and the level of activity. In addition, FITLANE has STAR TRAC France, a company specialized in the distribution of Fitness equipment with a turnover of 2 M€.

“FITLANE shareholders chose PAX Corporate Finance in June 2012 to help them find a financial partner. Our objective was to find a leading capital investor able to accompany the FITLANE group beyond the first financial operation and in particular in the constitution of a rapid networking of the PACA region. Targeted work made it possible to carry out this shareholder reorganization operation in 7 months. The quality of the company, its exceptional financial ratios and the expertise of its manager, Mr FRANKLIN, quickly convinced NAXICAP of the opportunity to invest. “says Adrien TOURRES, PAX Partner in charge of the file.

The operation allows a shareholder reorganisation of the FITLANE group and its stake STAR TRAC France. NAXICAP Partners is investing €3.4 million and holds a minority stake. In addition, €4.5m of debt was raised from 3 banks (Crédit Agricole, Banque Populaire and Société Générale).

“The partnership with NAXICAP Partners will enable the Group to develop more rapidly in a fast-growing market and in a region where customer potential is very high. Having a recognised financial investor with capital such as NAXICAP Partners is a decisive asset in the rapid development strategy we wish to pursue”, comments Hans Peter FRANKLIN, President of FITLANE.

“The rapid and successful development of FITLANE, as well as the clear and identified future strategy put in place by Hans Peter FRANKLIN and his teams seduced us in this minority operation. We envisage the presence of NAXICAP Partners in the capital of FITLANE as a development accelerator in a favourable market context. Several projects to open new rooms are already under study,” adds Thomas Barrochin, Director of Investments at NAXICAP Partners.