Living Heritage Company is above all the story of passionate men and women who passed on their know-how to the younger generations, who made the company grow and shape it in their image by always looking to the future.

The industrial holding of Stéphanie and Adrien Tourres, was formed in 2008 to support the investments of the Tourres family. In particular, it owns the investment bank PAX Corporate Finance, the glassworks Waltersperger and now La Rochère1475.

As an independent investment bank, PAX Corporate Finance combines financial expertise and sectoral specialization, enabling it to effectively support SMEs and their managers in the various stages of their development. With more than 20 professionals, including 6 partners, the company has carried out more than 220 operations since its creation in 2003. 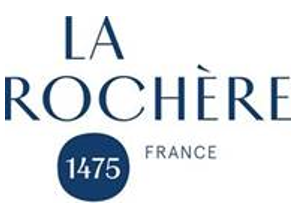 La Rochère 1475 is the oldest glassware of French art with an outstanding industrial history and unique know-how in the world of exceptional products “made in France” especially on the techniques of pressed glass.

La Rochère was founded in 1475 by Simon de Thysac, master glassmaker of the castle of Lichecourt in the Vosges, in this territory rich in materials necessary for the manufacture of glass (firewood, sand, silica, fern, potash, lime, water…).  The company joined the Giraud family in 1858.

Its leader-cedor, Mr Antoine Giraud, represents the 6th generation of glassmakers of Passavant-la-Rochère (Haute-Saône), in the extreme north of Franche-Comté.

The glassware now employs around 100 employees with a turnover of 10 million euros.  The company has invaluable know-how through its glassmakers and master glassmakers and perpetuates ancestral gestures while constantly seeking to innovate.

The company develops its activities in the tableware (glasses, decanters, cups, decorative objects, etc.) at the current rate of 60 % of its turnover and in architecture and decoration (bricks, paving stones, tiles, and wall coverings) for the balance. La Rochère 1475 distributes more than 50 % of its products for export in fifty countries and through its subsidiary La Rochère NORTH AMERICA based in New York.

The entire capital of La Rochère 1475 and its American subsidiary is acquired by the industrial holding company Tourres & Cie, an investment structure of the Tourres family that brings together 7 senior executives of the company.  In addition, a capital increase was made to provide La Rochère with additional means for investment in new technical means.

The Tourres family is a former family of French glassmakers established in Normandy since the 19th century whose historical activity was the bottle.

More recently, Stéphanie and Adrien Tourres, notably through their holding company Tourres & Cie, acquired Verreries et Cristalleries Waltersperger, a centenary company based in Blangy-sur-Bresle in Normandy.  The company produces exceptional bottles for perfumery and spirits with a semi-automatic manufacturing process that has become unique in its markets.  As a result, the company is listed in most global luxury groups but also serves many niche brands.

Tourres & Cie wants to develop synergies between the two glassworks, particularly through the sharing of expertise and industrial resources to serve the markets and geographies addressed by the two companies.

According to Stéphanie Tourres, President of Waltersperger « We are proud and happy to welcome the teams of La Rochère in our group. We are convinced of the considerable potential of La Rochère 1475 which has an outstanding history and products in markets in search of authenticity. The management team federated by Gilles Ambs takes up the challenge of growing this five-century company and we will give it our full support.»
According to Antoine Giraud, President-Cedor of La Rochère 1475 « It is with confidence that I transfer our family business to the Tourres family, which I believe will lead its development in the future while respecting the values of the company, its employees and its customers. I am delighted that Gilles Ambs, a loyal collaborator, has been chosen as the company’s new President and I wish the team the success it deserves. »
According to Gilles Ambs, new President of La Rochère 1475 « The Tourres & Cie project appeared to be the strongest and most promising for the company, especially in synergy with Waltersperger. It is therefore with enthusiasm that I take on the presidency of La Rochère1475, with the support of a committed management committee, which has this opportunity to invest in the capital of the company. »