The Omnium Group is taken over by its Management, BTP Capital Investissement and BNP Paribas Développement. 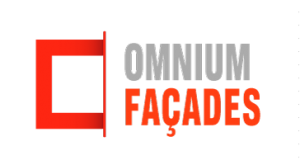 The Omnium Group, a key player in the building envelope in the Mediterranean arc, was taken over by its CEO in a BIMBO transaction with BTP Capital Investissement and BNP Paribas Développement. This transaction, carried out in shares and OC, also allows the exit of the Marseilles fund Connect Pro which initiated the change of shareholders in 2011.

Hairdressing three subsidiaries in facade renovation, waterproofing and interior decoration; the Omnium Group achieves a turnover of 18 M€. It is the only player in the region to offer such a wide range of services to public and private customers (condominium associations, institutions, individuals, etc.).

As part of the retirement of the historical managers and the exit of Connect Pro, the majority since 2011, the latter commissioned Pax Corporate Finance, which conducted a process with industrialists and investment funds. Despite several expressions of interest from professionals in the sector, it was the financial option that was favoured. Indeed, the project of Pascal Coppens (Group CEO), accompanied by external managers, convinced the BTP Capital Investissement funds, as lead investor, and BNP Paribas Développement to support the group over the coming years.

According to Pascal Coppens, “Groupe Omnium now aims to consolidate its position as an independent leader in the building finishing works sector. To this end, it intends to develop its expertise in Energy Performance Contracts (EPC) and asbestos removal, but also to seize external growth opportunities to complete its business offering and develop its geographical presence. The Group, which has 50 employees spread over 3 locations, aims to achieve a turnover of €25 million within 3 to 5 years.