Specialised in publishing innovative solutions to automate IT processes and optimise their use. 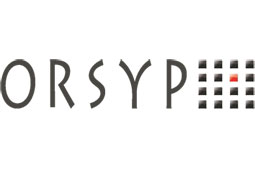 Through its Argos Soditic V fund, the investor controls 80% of the software company, alongside five members of management. The vast majority of the shares were previously held by the founder’s family, assisted by a few individuals. The financier has invested, in equal parts, in equity and in CBs. The senior debt contracted at the time of this buy-out is divided into two tranches.

Since the early 2000s, the IT producer has made a name for itself by developing the brand of its flagship software, Dollar Universe, which offers a complete automation solution for all of the client company’s IT processes.

Based in Paris since its creation in 1986, Orsyp expects to generate a turnover of 26 MEuro(s) for the financial year ending at the end of March 2008, with an operating margin of more than 10 %. With twelve subsidiaries abroad, it employs 270 people. The investor expects the company’s revenues to continue to grow by around 10% per year, in particular through external growth in the United States, which accounts for 60% of its turnover.