SELP is a designer and manufacturer of secure or secure cards integrating different materials and embedding if necessary electronic chip and/or contactless RFID module. The company founded in 1963 was taken over in 1988 by the VIEIRA family.

SELP is a designer and manufacturer of secure or secure cards integrating different materials and embedding if necessary electronic chip and/or contactless RFID module. 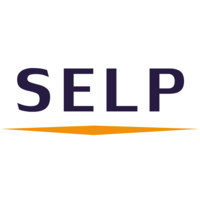 The company founded in 1963 was taken over in 1988 by the VIEIRA family and has just been sold to a holding company whose shareholders are led by the investment company MARTEK, which also includes the company’s managers.

SELP has 2 industrial sites employing around 200 people. The group achieves 20 million Euros of turnover for a strong profitability. The SELP SECURE site (Charente) has Visa and Mastercard approvals as well as the highly secure CWA 14641 approval shared by some fifty industrial sites worldwide (mainly fiduciary printers). Its productions are focused on identity documents and bank cards. The SELP MKS site (Dordogne) is the French leader in the field of prepaid cards and affinity cards. This site also has a very important secure personalization center.

SELP’s shareholders called on PAX’s teams to organise the company’s transfer to an investor able to accompany a new phase of the company’s growth, in particular the international acceleration.
“The expectations of the VIEIRA family were clarified during the process organized by PAX. We were able to support the family by looking for the most suitable solutions to retain a transmission of 100% of SELP’s capital. The investor MARTEK was chosen for its mastery of the industrial stakes and its successful experience of the internationalization of a French industrial SME. “Comments Adrien TOURRES, PAX Partner in charge of the case.

Indeed, MARTEK is the investment company of Marcel KATZ, who founded and directed MARTEK POWER until 2011, a manufacturer of electronic converters employing nearly 1000 employees on its European, North American and Asian sites.
On the occasion of the transaction, Jean-François VIEIRA hands over the Presidency of SELP to Marcel KATZ and now takes the position of Operations Director. Matthieu LECLERC and Denis DELAPELLEGERIE retain their functions as Deputy Managing Directors. Francis VIEIRA, General Manager, retires.