Develops ever more innovative concepts of fitness activities adapted to each member of a family. 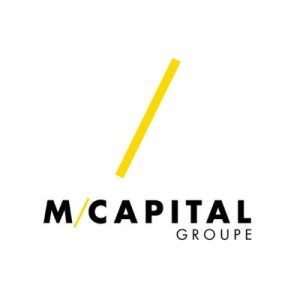 The WATERFORM Group, leader in aquafitness in France, is increasing its capital by around two million euros with M CAPITAL PARTNERS in order to deploy its solutions on the French and European markets.

The group operates in the fitness course design sector, like ZUMBA or LES MILLS. Unlike its foreign counterparts, the Group has chosen to specialize in pool fitness and markets products and solutions to all aquatic complexes. WATERFORM currently achieves a turnover of approximately 4 M€ for more than 10% of EBITDA.

The group was born in 1990 from Serge PALISSER’s reflexion, who wished to give access to the sporting practice to the greatest number with the creation of an aquatic and fitness complex in Montbéliard. Noting the lack of quality products and training on aquagym, he developed his own solutions before distributing them on the market.

The operators of leisure establishments (fitness rooms, public and private swimming pools, hotels, spas, campsites) are looking for ever more complete and theatrical courses to entertain and retain their customers. In order to make its customers’ aquatic areas more attractive and profitable, the WATERFORM Group operates through four complementary axes: advice on the installation and operation of swimming pools, specialised training, the sale of innovative equipment (aquatic bicycles, specific dumbbells, carpets…) and the sale by subscription of aquafitness courses for professionals.

It was Serge Palisser’s meeting with the PAX CORPORATE FINANCE team that initiated the fundraising project. Knowing that the design of aquafitness courses requires large initial investments for the production of videos (28 per year) and the financing of musical rights, it appeared that the capital increase was the best solution to finance a quality offer and deploy it thanks to a more sustained commercial effort.

After a process that began at the end of 2015 and resulted in several offers, it was M CAPITAL PARTNERS who won the founder’s decision thanks in particular to the quality of the exchanges and the fund’s strategy focused on health.