Webpulse publisher of the Staragora.com star site and the Shopreflex.com community shopping site

Marie Claire gets involved with Webpulse. 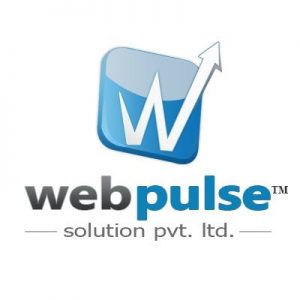 The women’s media group is taking a majority stake in the Internet start-up that publishes the celebrity website Staragora.com and the community shopping site Shopreflex.com.

Two years after its creation, Webpulse, publisher of the celebrity website Staragora.com and the community shopping website Shopreflex.com, has joined forces with the Marie-Claire group. “The founder and business angels of Webpulse wanted to create a partnership with a media group to accelerate their development. Marie-Claire appeared to be the ideal candidate, with a real strategic vision of integration”, explains Xavier Dugast, director at Pax Corporate Finance, advisor to the sellers. The amount of the capital increase is being kept confidential, but Marie-Claire is taking a majority stake in the capital, followed by the founder Ludovic Lecomte and well-known business angels, such as the founders of Alapage and Seloger.com.

Staragora.com is a content website dedicated to the stars, the second most visited on the Web after the pioneer in the field, Purepeople.com. Shopreflex.com is a community shopping site, allowing Internet users to give advice and post bargains online. In addition to advertising, the site earns revenue from links to merchant sites. The two sites, whose turnover is not disclosed, receive one million unique visitors per month, with 4.2 million page views. “I wanted to partner with Amalric Poncet (head of websites at Marie-Claire and former CEO of Magicmaman) because he is also an entrepreneur. We are going to exchange content between the Webpulse sites and those of Marie-Claire, which were not yet present in the stars and community shopping segment,” says Ludovic Lecomte, founder of Webpulse and former editorial director of e-TF1.

240 million in turnover and 14 websites dedicated to women

The Marie-Claire press group, which publishes the magazines Marie-Claire and Cosmopolitan, launched itself on the Internet two years ago by acquiring the Magicmaman site. Since then, an economic interest group has been created and has developed its activity by launching and taking over various websites dedicated to women. Today, the group has 14 websites, the most recent of which are Cosmoplitan.fr and magazines-avantages.fr, which represent 4.1 million unique visitors per month. Led by Arnaud de Contades, Marie-Claire, which is 58% owned by the Prouvost family and 42% by Hachette Filipacchi Media, has a turnover of around €240 million and 500 employees.