Consulting and software engineering at the heart of financial markets.

The IT services company specialized in financial markets obtained 800 K€ from the holding company ISF of Turenne Capital to weather the storm and finance an acquisition. 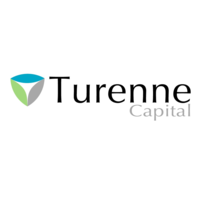 Asset Technology, a consulting, project management and software engineering company for the financial markets, is one of those who have benefited from the wealth tax holdings (see study below on the collection of wealth tax holding companies). After having raised 500 K€ of love money in 2004 and 2007, the company completed a first round of 800 K€ with ISF Capital Développement 2015, the holding company of Turenne Capital which collected 10 M€ during the last campaign (see Turenne Capital’s profile below). After the operation, the co-founder, Jean-Luc Biache, keeps 90% of the leading holding company, ATM.

Founded in 1997, the IT services company, present via its subsidiaries in London and Luxembourg, operates in the main European financial centres (London, Luxembourg, Brussels, Geneva) and generates 10% of its revenues (€12.9 million in 2008) from international activities. After taking over its competitor Teamway in 2007, which was then worth €5 million in sales, it plans a new external growth operation in the next twelve months, on a target of smaller or equivalent size. But before that, the priority is to face the crisis and the fall in the consulting budgets of its clients, investment banks and asset managers. “We plan to remain an IT services specialist specialising in the financial markets, while the large general IT services companies will probably withdraw from this sector,” says Jean-Luc Biache, who employs 130 people.