CM-CIC Capital Privé, a subsidiary of CM-CIC Capital Finance, invests in SMEs and innovative companies with growth potential that have demonstrated the relevance of their positioning.

The developer of services, tools and solutions for digital and connected TV is raising funds from CM CIC Capital Privé, a minority investor, to launch its new software. 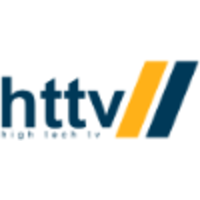 After thirteen years of development using its own funds, which have led it to expect a turnover of €4 to €5 million in 2012 with sixty employees in France and Singapore, Httv is today opening its capital to CM CIC Capital Privé. The investor is supporting the company in the commercial launch of its latest firmware for set-top boxes and boxes, which enhances the range of existing functionalities for interactive TV. This software, which uses the functionalities of HbbTV (a standard for “interconnecting” TV with a broadcast and broadband connection), could enable the company to multiply its turnover by ten within three years.

At the end of a “very selective and qualitative process”, as Romain Dehaussy, deputy director of Pax Corporate Finance, explains, CM CIC Capital Privé became a minority shareholder in Httv. A share package, with additional stock certificates, performance conditions, milestones, etc., as well as a bank financing plan and a participatory development contract with Oseo, has been drawn up for an undisclosed amount, which, according to our information, is between €2 and €5 million. The new investor joins Bernard Dupin and Laurent Etienne, founders and majority shareholders, as well as Jean-Christophe Jubin, the manager of SindiTV -a company bought in 2011 in Singapore-, and a handful of employees. Joining them is Régis Saint Girons, co-founder and CEO of Open TV (acquired by Nagravision), as CEO. “It is very important for httv to welcome someone with such experience in middleware, on a global scale,” says Bernard Dupin, the company’s chairman, who is convinced that the new httvLink software (until now called httvBox) is “the product that the market is asking for.

Evolution of the model

This is also the conviction of Nicolas Meunier, director of participations at CM CIC Capital privé. In view of its business model, the type of customers, prices and volumes, the Isère-based company can reach €50 million in turnover in the medium term, and it must be given the means to do so, especially as it has gone through all the stages alone to get there today,” he points out. It has invested several million euros over the last three years to develop its model from service provision – development of interactive services – to software publishing, anticipating Internet-TV convergence. Today, its product is coming onto the market having already made a name for itself and it will continue to do so!

Acquisition of Sindi TV in Singapore

Everything seems to be in order for httv to “flood” the market, especially since the company had a good nose for it when it acquired Sindi TV last year. “This Singaporean company, which manufactures the lower software layers for terminal manufacturers in Asia, has enabled httv to integrate its own software into almost all the terminals on the market,” says Nicolas Meunier. Present “at both ends of the chain – at the viewer’s end, with its new firmware, and at the broadcasters’ end, with httvStream, its software – signalling server – interactive application broadcasting – httv is therefore preparing to see its remuneration model change, notably because it will receive royalties for each piece of equipment sold that includes its firmware.