October newsletter – The training sector in 2018 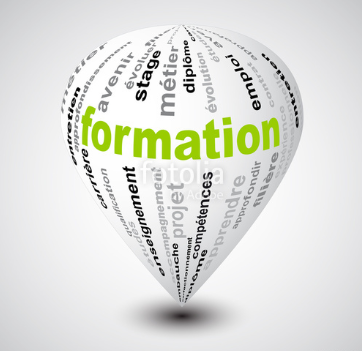 Early in the year, PAX Corporate Finance announced the completion of a fundraising transaction for WebForce3, the fourth in the training sector in just a few months. This is an opportunity for our teams to look more closely at the dynamics of a sector in which investor interest and valuations are continuing to increase.

In less than 18 months and only on the French market, many groups have conducted major strategic operations. Galileo (Studialis), Webforce3 and Amos have all strengthened their capital. ESO Suposteo, Silva Terrade, 3W Academy, EDH, Eductive and Ipesup have all changed shareholder. Finally, Mediaschool increased its acquisitions thanks to support from the 123 IM investment fund.

This exceptional dynamic is down to very strong market growth and the direct consequence of this can be seen in the sector’s valuation levels, which outperform those of many other industries. School group valuations are currently trading at an average of around 12x EBITDA and even more for those that have developed innovative models, are in strong growth or which constitute strategic assets of the right size.

Smaller transactions benefited from the strongest ripple effect, allowing a high level of valuation to be maintained at the start of 2018. This momentum is not expected to fizzle out, since a number of investment funds with holdings in the sector are reaching the end of their investment cycle. Such deals are likely to be accepted by any colleagues that have not yet managed to gain a foothold in the education sector.

The latest transactions recommended by PAX:

– 2018: Fundraising for WebForce3 and schools coding with Impact Partenaires and Odyssée Venture. The new digital school offers training in shortage digital professions. In a blended learning, short (3 months) and intensive format, the training courses provide access to new emerging digital professions for which demand is particularly high.
– 2017: Fundraising for the SEA Group, primary to higher education, with Alter Equity. SEA has thus become the major French player in schooling for sportspeople. With more than 500 teaching staff and partners in many sports federations and high-level private centres, it helps more than 1,000 students each year.

– Acquisition of Ecoles Aries by EDH, specialising in training for careers in digital creation. Almost 1,000 students, as well as a network of 5,000 graduates, are joining the EDH Group, which already includes EFAP, EFJ and ICART.
– Fundraising 60 million dollars for the start-up Openclassroom with General Atlantic, to accelerate the international deployment of its online diploma training activity. Teams from Pax backed the first institutional financing round with Alven Capital.
– Transmission of 3W Academy to Amundi, which becomes the minority shareholder of this school dedicated to professional training in web and mobile development.
– Acquisition of Thetys Invest’s stake in Galileo (Studialis Group), which has more than 100,000 students in 32 schools in 40 cities worldwide, including 85,000 students in renowned schools in the field of arts and creation (Cours Florent, Istituto Marangoni, Strate, Hetic and Pennighen).
– Sale of Silvya Terrade by Apax Partners Development to Abenex Capital, the group of private schools hair and beauty schools, with 24 schools and a turnover of 21 million euros in 2017, the group began its international expansion with the takeover of the Lausanne School of Hairdressing in Switzerland (25 hairdressers and trainers for a turnover of 1.4 million euros).

Webforce3 : The digital divide is significant, the expression “digital illiteracy” is sometimes even used. WebForce3, a new digital school, allows young people, employees looking for continuous training and people undergoing retraining to access many emerging digital professions over 3 months of lessons. PAX Corporate Finance has contributed to the development of the training sector by organising the latest fundraising for WebForce3, which should give it the means to train more people. The initiative is widely supported by the State, notably by Mounir Mahjoubi, Secretary of State to the Prime Minister, who came to the evening organised by Alain Assouline, President of WebForce3.