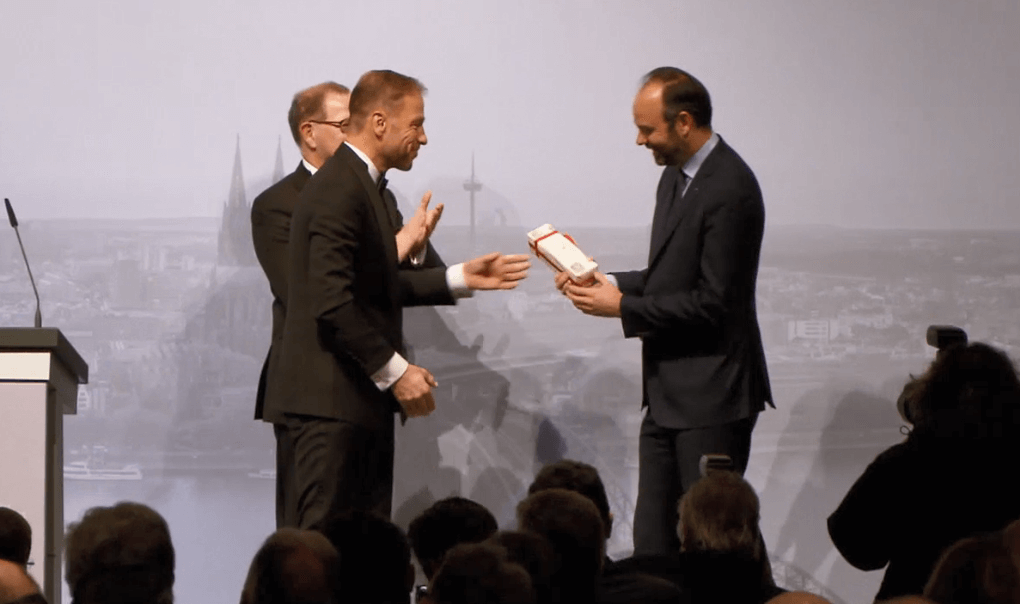 Edouard Philippe in Germany on January 10, attended the annual reception of the Cologne Chamber of Commerce and Industry. He received the famous Rosoli bottle of Farina Eau de Cologne, produced by the Waltersperger Glass and Crystal Works!

A very chic evening, a business and political evening too. Six hundred German business leaders were present, whom he convinced of France’s good health.

Napoleon always had with him a Rosoli bottle of Farina Eau de Cologne. He particularly appreciated the bottle, whose elongated shape allowed him to carry it everywhere. Moreover, the friction application of this sovereign water removed all fatigue. He also considered it to be the best of brain stimulants: the little story is that on the eve of each decisive engagement, the Emperor held one of these “slender green bottles, in pure proportion, within reach, on the work table where he was preparing his battle plan.

Jean-Marie Farina (late 17th early 18th century) was the creator in 1709 in Cologne of the oldest modern perfume house still in operation today. Farina’s cologne was an essential accessory for the court.