In the heart of Vienne, in Neuil-l'Espoir, is the Centre de Réadaptation du Moulin Vert. This is a Follow-up and Rehabilitation Care clinic. This specialized and innovative health establishment welcomes you in a setting conducive to well-being. This 3400m² health centre is located in the heart of a park. With a capacity of 32 individual rooms and 4 double rooms, this health centre specializes in cardiology and pneumology. The medical, medical and hotel teams welcome you to this calm and serene place. The Centre de Réadaptation du Moulin Vert also offers outpatient consultations: cardiological check-ups, exercise tests, fitness tests for sports practice, follow-up of athletes.

A family history In the early 1990s, Jean-Paul Siret, the founder and Chairman and CEO, understood that the ageing of the population was a real social challenge, with a real need for medical establishments with a good hotel standard that would above all be places to live. He then created Le Noble Age in 1992. In 1999, his son, Willy Siret, currently Deputy Chief Operating Officer, joined the Group. He joined the Executive Management in 2006. For more than 25 years, the LNA Santé Group's family adventure has been a human and entrepreneurial adventure, thanks to its employees who are driven on a daily basis by their shared vocation: "To care and take care". In addition to the traditional shareholders, LNA Santé Groupe has chosen to open its capital to its employees. The objective? Remain a decision-maker and maintain the agility and responsiveness required in these specialised professions (social and technological innovations, regulatory changes, etc.). 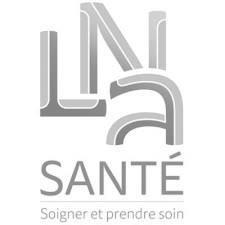 The Centre de Réadaptation du Moulin Vert, specialised in the treatment of heart and respiratory conditions joins the listed group LNA Santé (previously Le Noble Âge) and its seventy establishments dedicated to the treatment of dependent persons and follow-up care.

As a recognised follow-up care and rehabilitation establishment in the Poitevin region, the Centre de Réadaptation du Moulin Vert provides holistic treatment to patients undergoing cardio-vascular rehabilitation from the moment they leave hospital until they return home thanks to its multidisciplinary team. The establishment of around forty full hospitalisation beds and thirty day-hospitalisation spots has modern premises that are equipped with the latest technology. By acquiring this specialised establishment, the LNA Santé group increases its revenue by another €5 M and thus strengthens its follow-up care and rehabilitation division that now totals 12 establishments.

The shareholders of the Centre de Réadaptation du Moulin Vert wished to be backed by an industry leader in France and mandated PAX Corporate Finance to this end. There were multiple issues for the directors of the Centre in this competitive process, where various purchasers showed interest. LNA Santé appeared to be the player that would be best suited to sustain the centre’s development while remaining faithful to the spirit and quality of care provided since it was created in 2004.